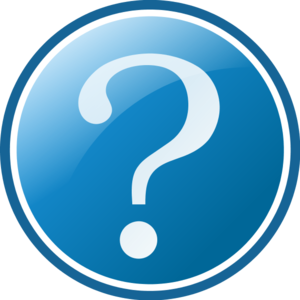 Why can’t I get CPU, Memory, Disk, and Interface utilization statistics?

The most likely reason for this is that your target device does not have SNMP enabled and/or configured. Configuration of SNMP varies based on the device type, operating system, etc. The most common OS I see SNMP either not installed or configured is Windows. Since SNMP is not installed by default with any Windows OS I find that a lot of people do not even know it exists. Once you’ve enabled/configured SNMP, go ahead and turn on those built-in performance monitors for CPU, Memory, Disk, and Interface utilization. Here are some links that may help:

*Update: as of WhatsUp® Gold v2017.1 the built-in performance monitor can now use either WMI or SNMP.

If a script is posted on this site, that means it has worked in someone’s environment for them. Your environment may be different and thus the script may not work, and referring back to the main page no warranty or support is provided on any of the scripts on this page. However something to be careful of is Windows 2008 and above comes with Powershell 2.0 and you may need to update Powershell on your WhatsUp® Gold server in order for those powershell scripts to work. The latest release of Powershell as of me writing this line is 5.0.

The UI keeps refreshing and I lose my place, it’s annoying…

WhatsUp® Gold v16.2.8 added a ‘Lock UI’ button in the Administrator console only. You can adjust the frequency of refreshes in the web interface by pulling up the user settings. The default refresh interval for device list, reports, and dashboards is 2 minutes. This is not a problem with WUG v2017 and up and it’s completely redesigned user interface.

Why should I use SNMP instead of WMI on Windows systems?

Quite simply put, SNMP is proven to be much more stable and much more lightweight. WMI generates a decent amount of overhead on both the WUG server and the target system. In addition to that all of WhatsUp® Gold’s built-in performance monitors are SNMP based and will not work without SNMP enabled/configured. WMI also requires either a user with administrator access or alternatively individual configuration to grant access to WMI on each one of your servers…no small feat for large environments. (If someone has worked on a script for this I would love to see it!) For those tooting the ‘SNMP is deprecated’ horn, I will believe it when I see it. You know what else was ‘deprecated’? Having a static start button in Windows 2012. Microsoft can’t make SNMP go away and they are currently the only operating system out there which does not use it. Almost any device you can think of on a network has SNMP support. Microsoft thinks it will just be “going away”?..I think not! In any case if you can use SNMP to monitor something, you should. If for whatever reason that information isn’t populated to SNMP table THEN go ahead and use WMI.

This site uses Akismet to reduce spam. Learn how your comment data is processed.